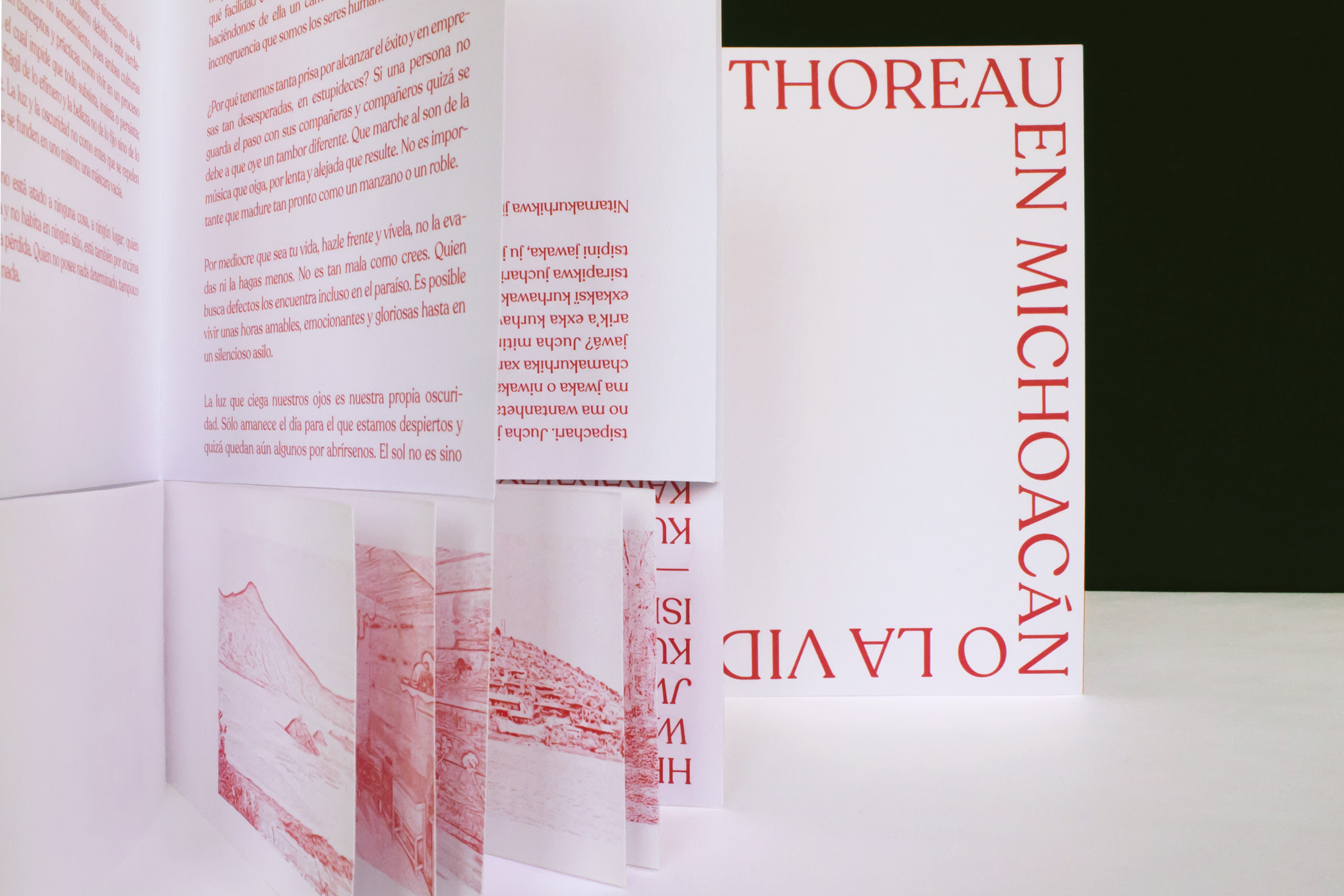 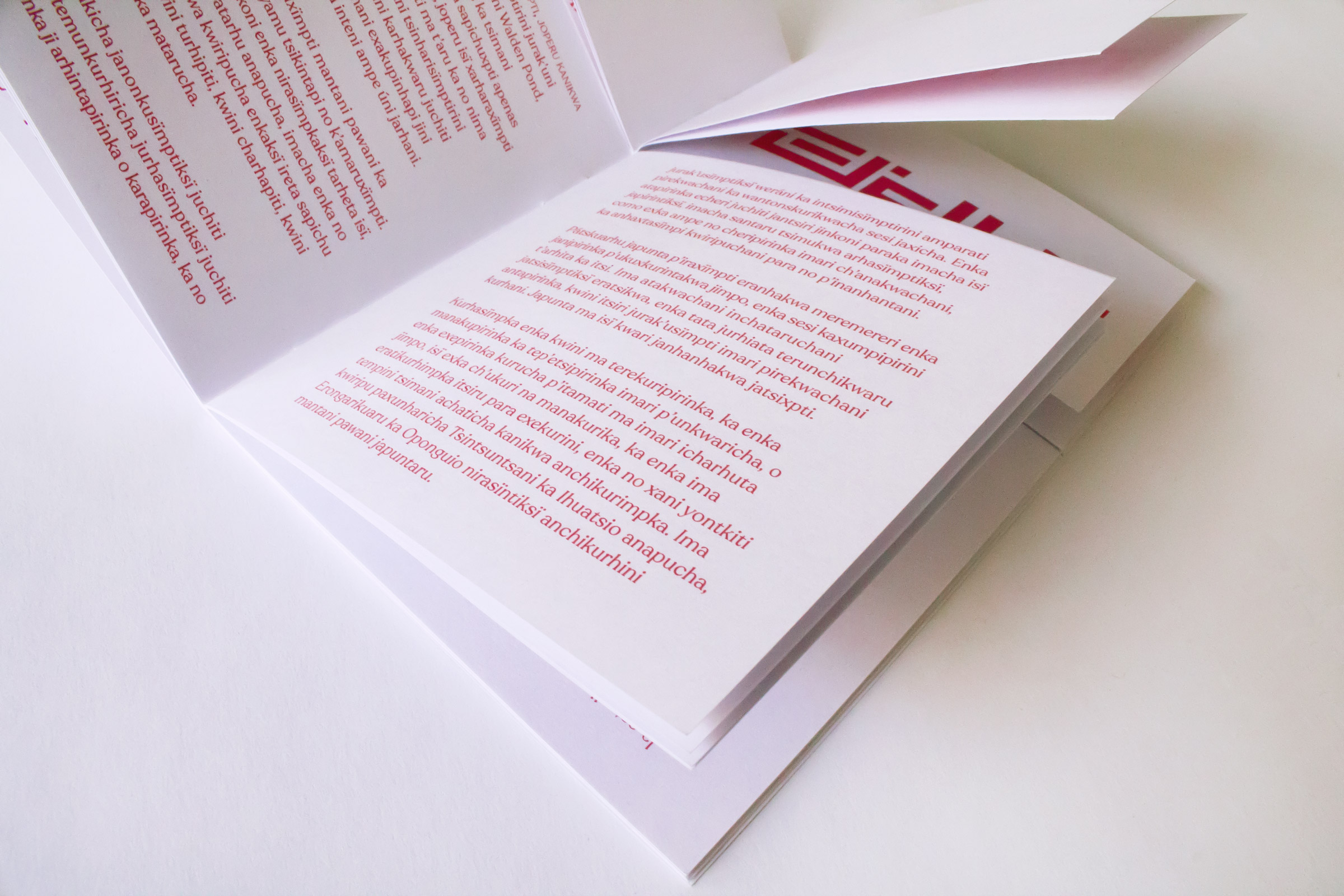 TROJEAU is a project of Israel Martínez, contemporary artist. "Thoreau in Michoacán, or life in the troje" is a bilingual publishing (spanish/purépecha) of the literary and aural testimony of the American writer Henry David Thoreau, who began a period of 2 years 2 months and 2 days living semi-isolated in a cabin in Walden Pond. Until now it was unknown that, prior to this, he spent a short time in Pátzcuaro, Michoacán learning about purépecha culture, which inspired such an adventure and the writing of his emblematic book Walden. On this book Martínez synthesized, remixed and rewrote the text.

The commissioned font was especially made for a neon art piece that's part of the exhibition and is also shown in the book. The letters pattern is inspired by the Purépecha textile heritage, a tribute to its culture and history. 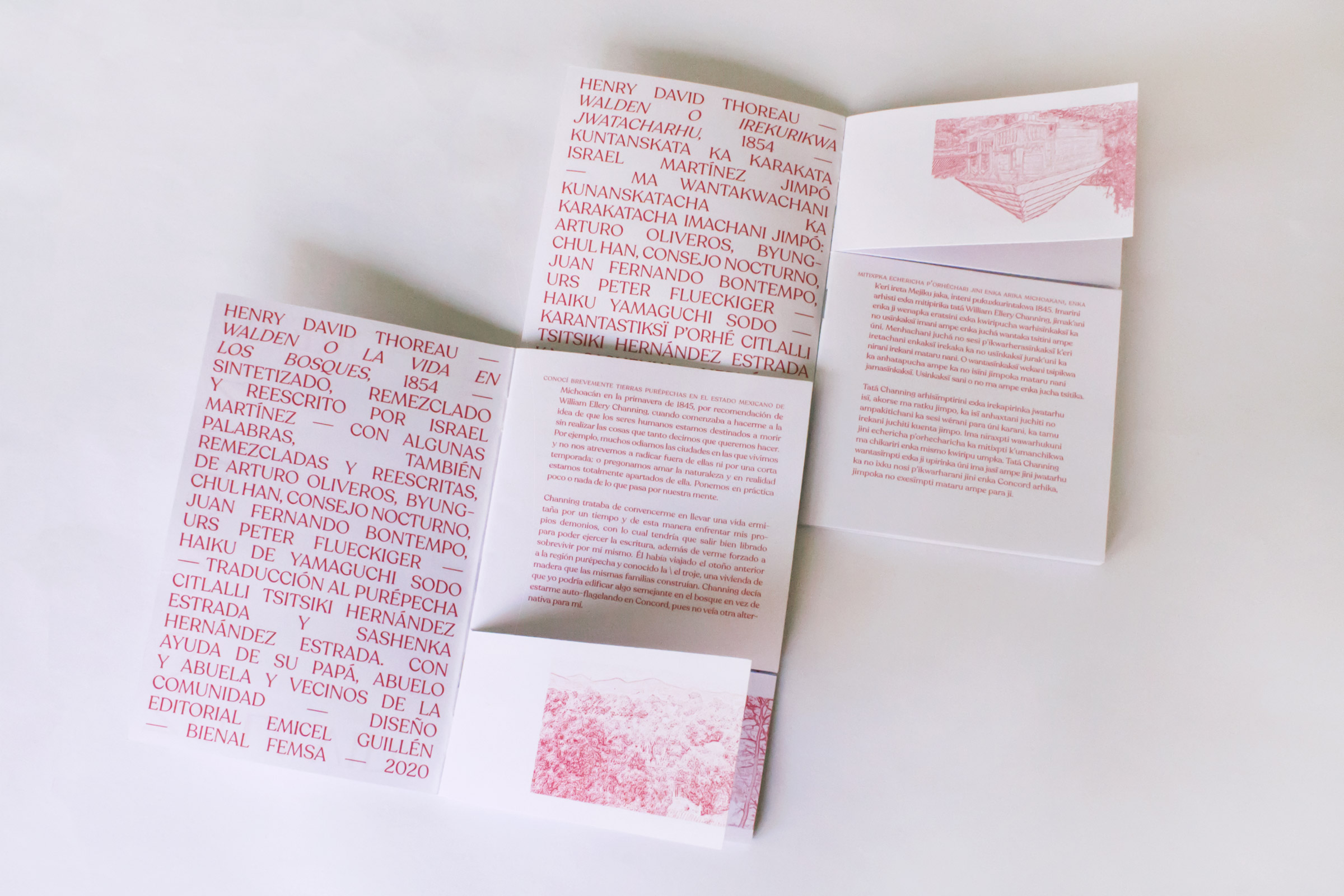 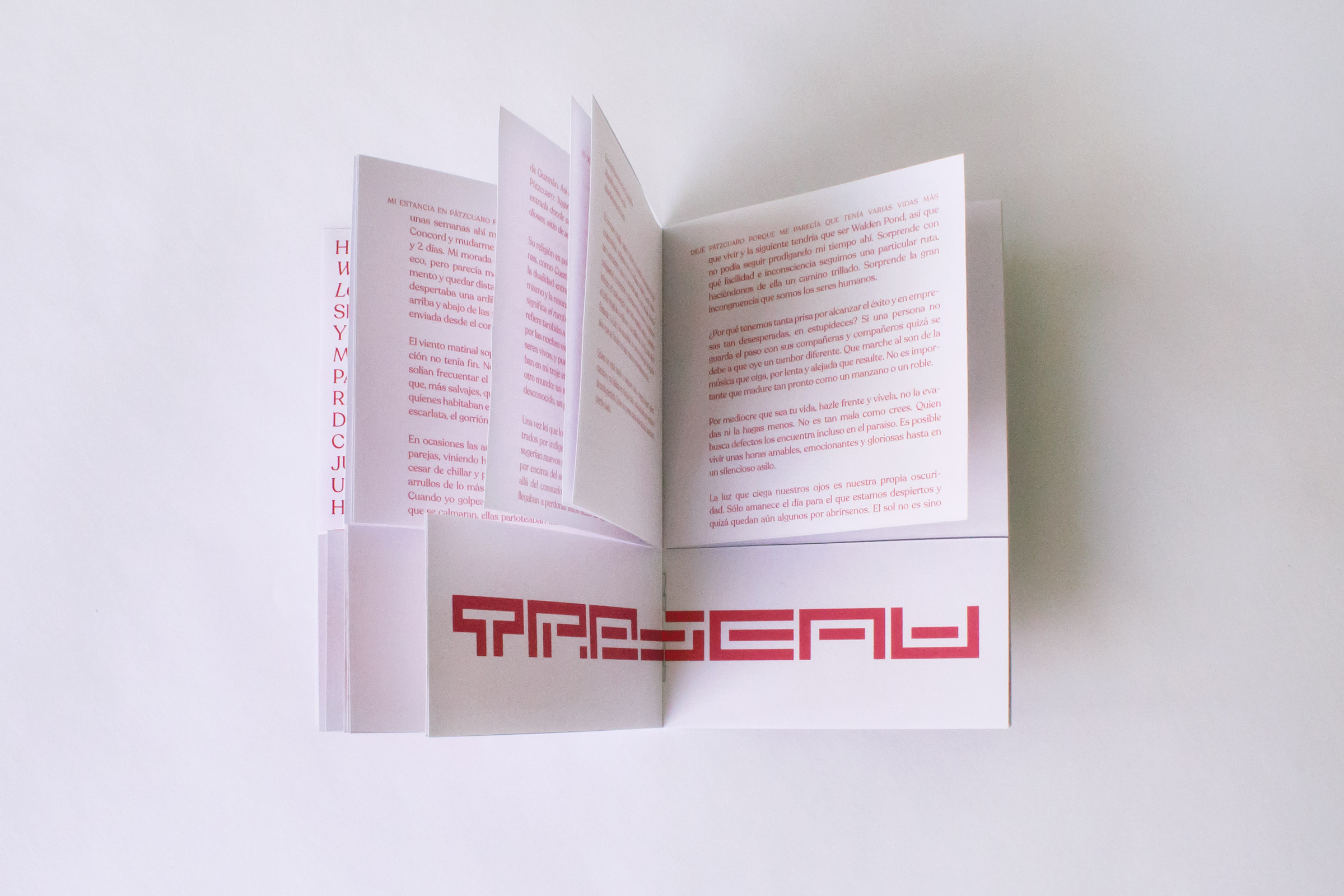 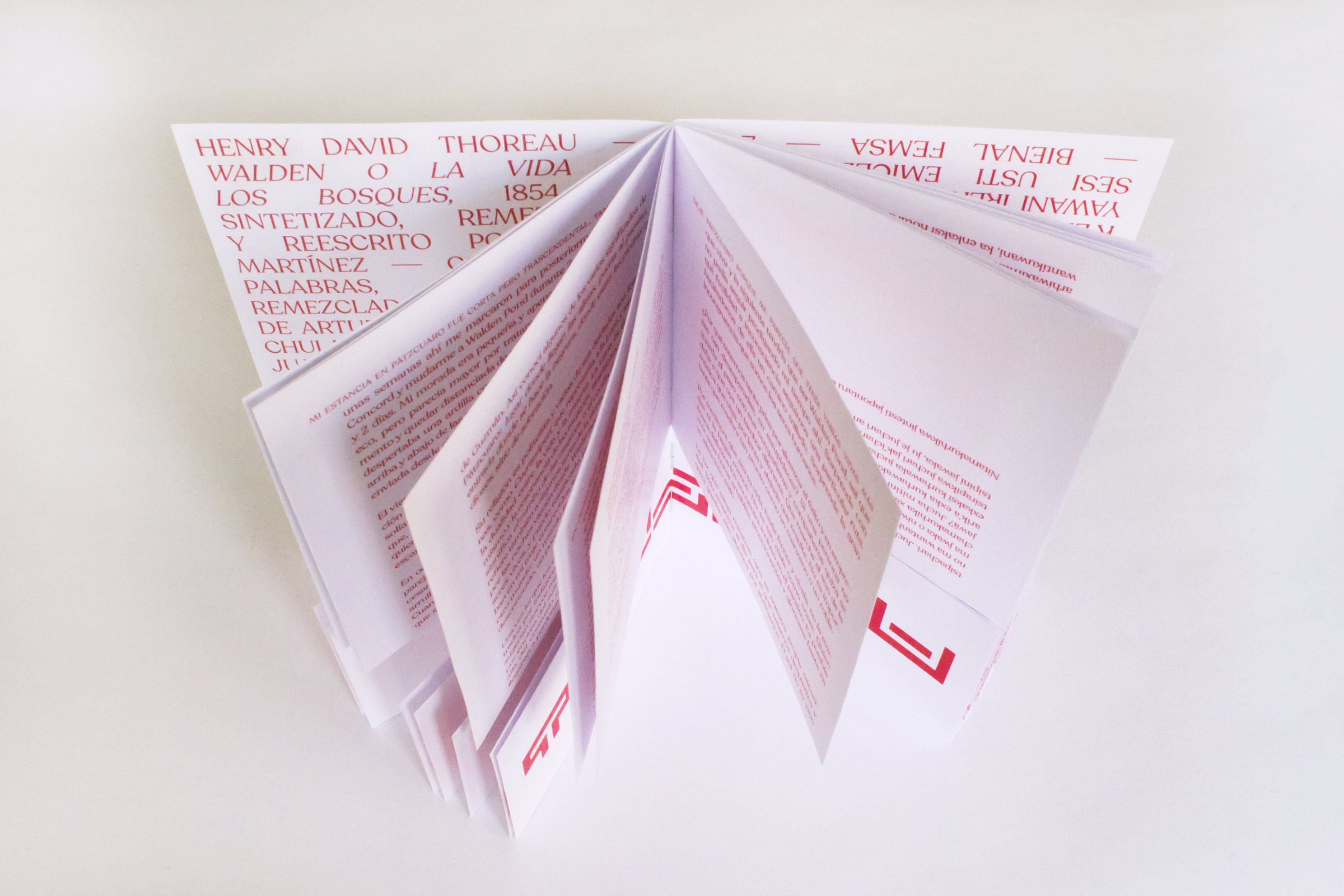